After a month of work, the new interaction system is here!

And potentially most importantly, this update paves the way for future updates to come quicker and even better.

This will allow quicker iterations to improve content and game-play.

Each of the front points is an update in itself. Hopefully about a week's worth of work each.

On my road-map, not yet in order is

You asked for it, and it is here. Fully interactive hands. 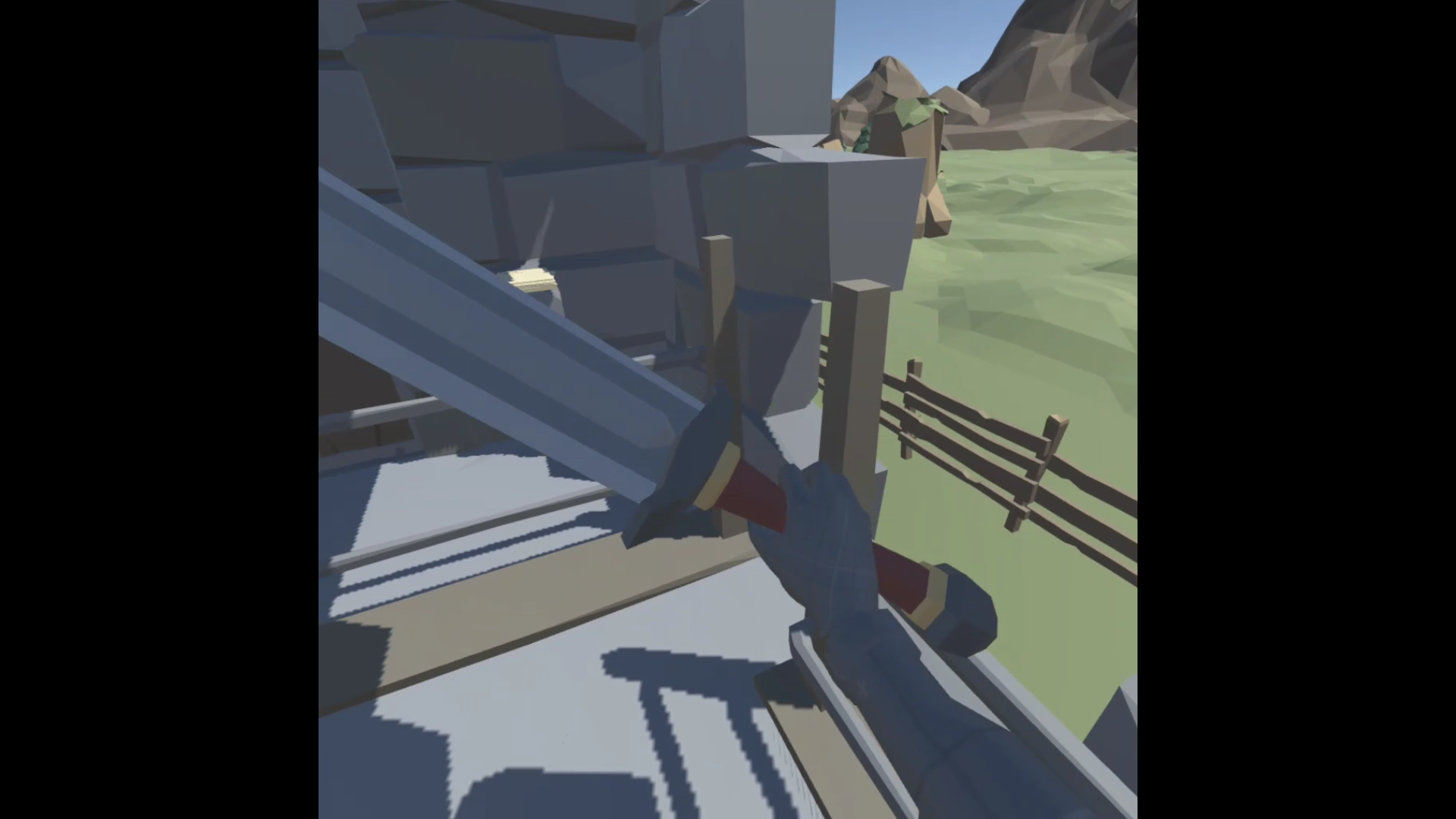 It even supports Oculus Hand  Tracking! Although it is a little buggy and you can't do much as there is no locomotion for hand tracking.  So for now enjoy your interactive VR controller hands.

Again, you asked for it, and it is here.

You can now rotate with the thumb stick, and change directions of where you are pointing.

The teleport rays only turn on when you use them.

They have sound effects when  swinging them, are easier to use and have some visual flare. 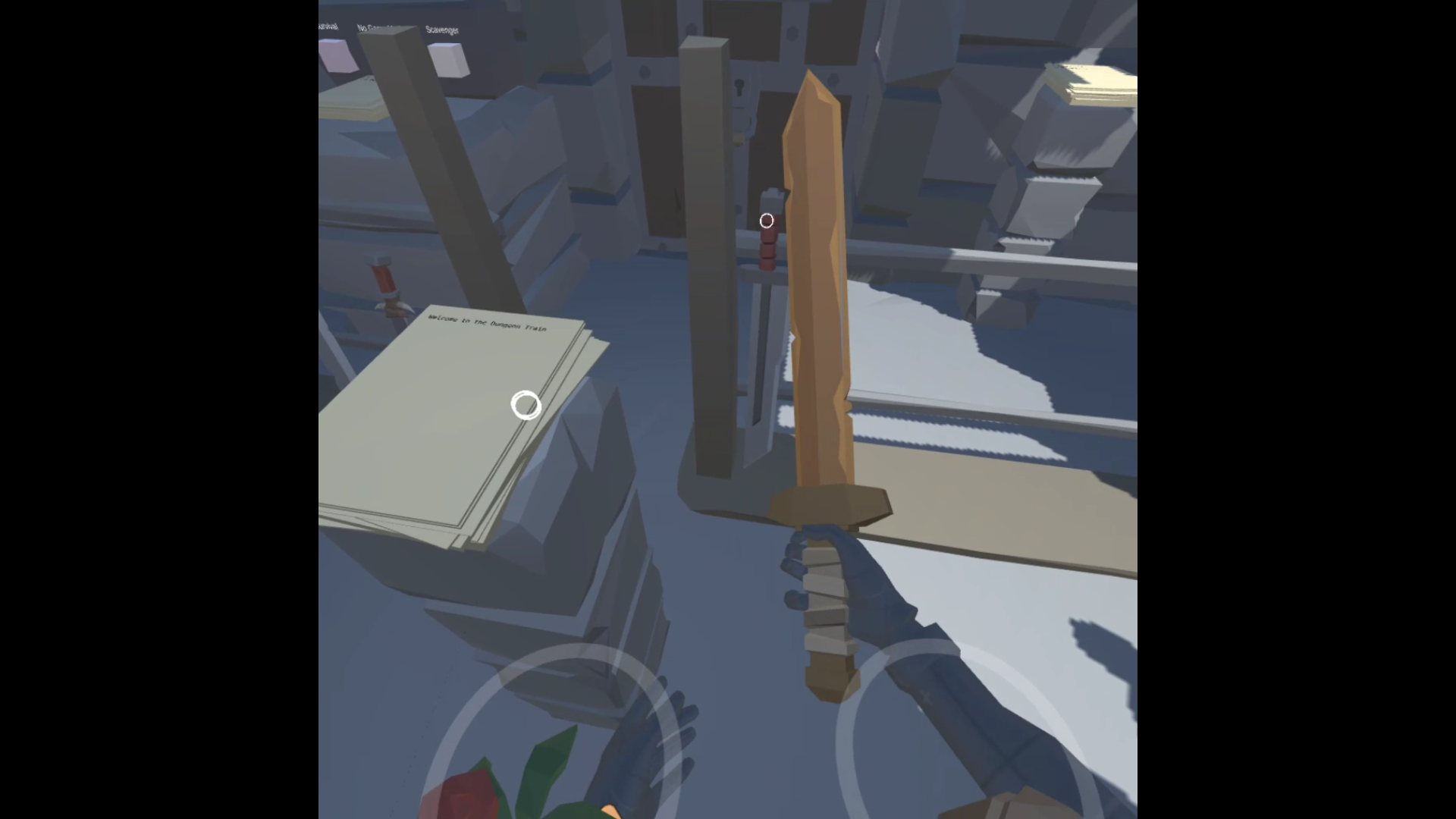 The first part of the story can now be explored in the game. 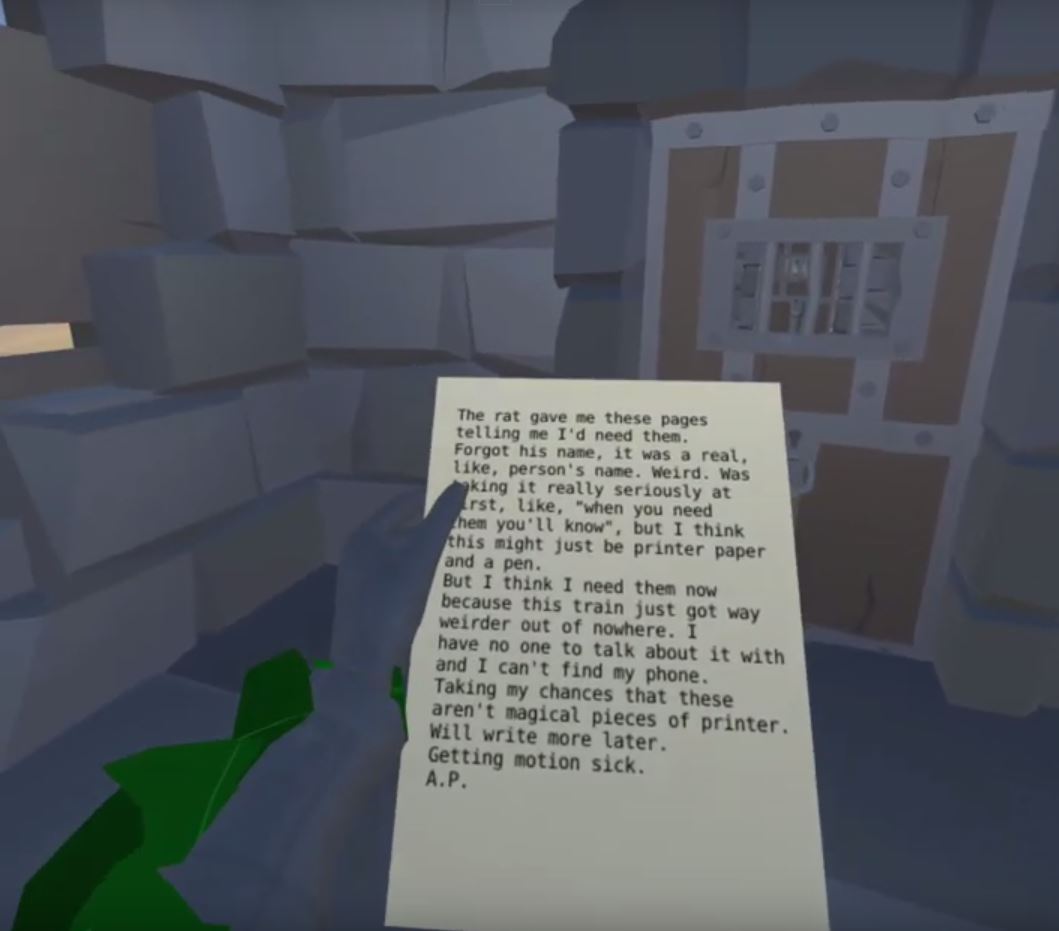 Things just feel better to throw. It is really nice.

Slimes that can shoot slime at you

There are now 3 types of slimes to add a little variation in the game.

A variety of more swords have been added to the game,

Including a sword inspired by Finn's   Scarlet Sword

Along with some variations of the crystal sword. These will be the most powerful swords in the game of all the existing swords. (But some more might still be to come) 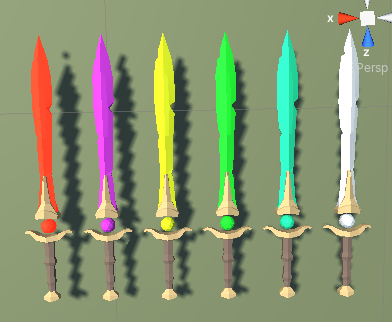 Here is the full view of all the swords currently in the game. Broken into groups for different levels of damage they will be doing in the future. Currently they all do the same damage.

You now start with a sword! One of these starter swords will spawn in the first carriage. 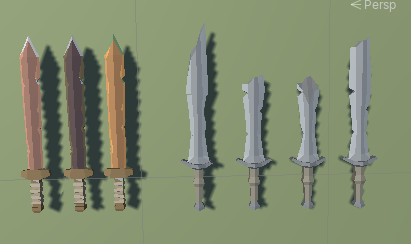 There are now towns which the train will pass through, and some more different rock formations.

Swords have some new visual effects when swung.

Slimes go red when hit, and when they are out of health or you hit their heart. They get sliced by your blade as before, but only when they reach 0 health (still a little buggy, fixes to come).

Read more about the design and meaning of the logo here. Big thanks to the community who was involved in designing this.

BNG built VRIF   which enabled all our new interactions, including hands and smooth locomotion.

He has provided fantastic support for its integration. 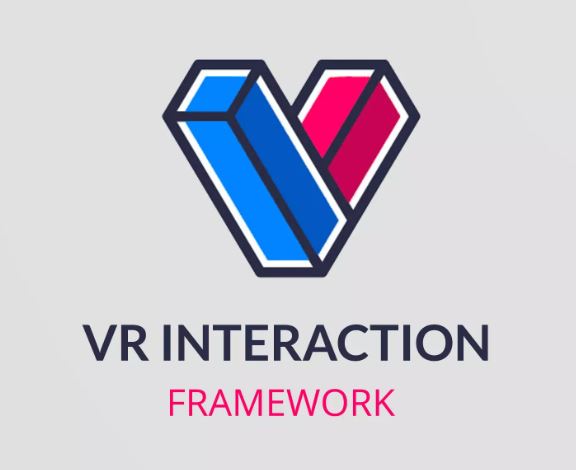 Wilson is the narrative direction and creative writer behind the story in the game, you can read more about the work we are doing on that   here if you want to spoil it for yourself.

Additional thanks to so many of you in the community

Dan Mizu, for being so active! And providing the video used for gifs above.

Thanks mate! The work you have done on the interaction system is outstanding, and I cant wait for what it is going to allow me to add next!